‘A Storm is Coming’

“A Storm is Coming”

As a point of reference, see Ezekiel 8:3 for a scriptural example of how I believe the Lord lifts me and shows me things: “The Spirit lifted me up between earth and heaven and in visions of God he took me to Jerusalem.”

The Lord and I were in the air and looking across America, from our height and by the Spirit, I was able to see the land and water borders encompassing the country. My attention was drawn to the eastern corner where the Atlantic Ocean meets the coastal states. There was a storm forming above the ocean and moving quickly toward land – it was becoming larger and more ominous as we looked. At first I thought the storm clouds were only forming in the northeast but as I continued to look the same type of clouds began forming above the Pacific Ocean and moving toward land. The last area for the clouds to form and move towards land was in the Gulf of Mexico.

Once the land was covered in the storm clouds, fierce rain began and lightning struck various geographic locations throughout the country. The most intense lightning was in the eastern quadrant of the country and the other was along the west coast. Nevertheless, there was heavy rain, very high winds and lighting strikes across America.

If the Lord has not been by my side the spectacle and sound of the thunder and lightning would have been intimidating and certainly frightening. Thinking this could not be a good omen, I asked the Lord, “…what does this mean?” As always, He was very calm and patient with me. He said, “My storm has come to My covenant nation. Remember when My Father came to Moses and the people at Mt. Sinai – there were similar clouds, lightening, thunder and quaking of the earth. At that time, My Father established His Covenant and Laws with His people and nation.

In this storm, I AM forming over America to confirm My commitment (Word) to the Covenant made with your forefathers. I change not, and by My Spirit, renewal and restoration will be witnessed in the earth and throughout My heavens.

The storm you see is like My sword that has two sides – piercing and dividing asunder. It will be joy for the righteousness and bitter for the stiff-necked; the rebellious that choose darkness over light and evil over that which is good.

For the righteousness the rain, lightening and shaking of the earth represents My Word, My Glory and a new sound that will arise. My Word is truth; cleansing and bringing springs of living water to My bride which is weary, heavy-laden and losing hope. My Glory will destroy the delay of My prophetic word and promises to those that have faithfully waited and interceded for decades for their fulfillment. Having lost trust, some will not believe, but I AM speaks to the darkness, ‘this is a NOW time – NO MORE DELAY’ for My children – you have no place here.

For the stiff-necked, My storm will bring judgment – the Scales of Justice have been weighed and the wicked have been found wanting even as their evil Father. The rain represents a flood, a washing away of filth, corruption and the stench that has come before Me. Your diabolical structures, statues and groves dedicated to evil will be destroyed as you will watch in terror with fear and trembling. The pathway of lighting will expose to the light of day the deeds you perform in darkness. The blood of the innocent has tipped the Bowls of intercession and you will now experience the wrath of My Judgment. My throne is established on Righteousness and Justice and your mockery will no longer be echoed in My ears.

Because of the storm and shaking, My earth will quake and from the rocks a new sound will emerge – sounds of trumpets, sounds of joy and sounds of victory. The worship and praise of my bride will open blocked and new portals to My Throne room – the seat of My mercy.

I AM has sounded an alarm in My Holy Mountain and great is the Army of your God that will carry out this work. Tell my “Watchman” what you have seen and let them blow the Shofar of what is taking place to my Ekklesia. Listen and learn saith the Lord. The vision and prophetic word ended.

“For the weapons of our warfare are not carnal but mighty through God…”
II Corinthians 10:4

The Lord has been giving me the prophetic word of “A Storm is Coming” for nearly six weeks but did not give the vision and prophetic words to go with it until early AM today.

The follow-up to this vision can be seen here:

‘A Storm is Coming’ – The Chariot

Excerpt from the booklet “An appeal to Heaven” by Dr. Lyle Rapacki

President Washington’s pledge on the first Inaugural Day of this new country was that he would remind his fellow citizens to remain under the care and guidance of the God who directed the efforts of the colonists in a most formable war for liberty, The Revolutionary War against Britain. He also pledged to God on behalf of this nation and her people as the duly elected leader, the government he established would openly remember the laws and eternal rules ordained by Heaven, and if a time arose that America rebelled and refused to repent and come back under the rules of order and right, America would see the blessings from Heaven removed from the land!

With a divine vision for the NWC, Jim has God’s heart for our nation. After serving in the Marine Corps, Jim experienced his “new birth” in Christ in 1976. He has a background in ministry, mission trips and the marketplace holding an MBA in International Finance and Management. As a servant leader, he is used in business and civic organizations as a gifted teacher, mentor and coach. In 1984 Jim was on the ticket with Regan/Bush, and after nearly beating an entrenched incumbent, the Republican National Committee and State of Louisiana party leadership appointed Jim the District Chairman of the GOP. Since that time, He has helped to elect individuals to political offices at the municipal, state and federal levels. As a prophetic/seer, he moves in the power of the Holy Spirit through teaching, discernment, words of knowledge and deliverance. Jim counts his wife and son as his greatest and most precious gifts. 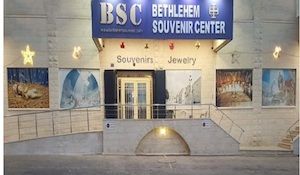