Definitions for the Prophetic Word

Elohim: creator of the earth and heaven

A promise by one party to pay another party a definite sum of money, either on-demand or at a specified future date. At this point, $22 trillion of the national debt.  Foreign governments hold a substantial portion of the public debt, while the rest is owned by U.S. banks and investors, the Federal Reserve, state and local governments, mutual funds, pensions funds, insurance companies, and savings bonds.

the act or practice of extorting especially money or other property; the offense committed by an official engaging in such practice.

Ezekiel 22:12 “In you they take bribes to shed blood; you take interest and profit and make gain of your neighbors by extortion; but me you have forgotten, declares the Lord God.”

Leviticus 25:35-37 “If your brother becomes poor and cannot maintain himself with you, you shall support him as though he were a stranger and a sojourner, and he shall live with you. Take no interest from him or profit, but fear your God, that your brother may live beside you. You shall not lend him your money at interest, nor give him your food for profit.

Nehemiah 5:7 I took counsel with myself, and I brought charges against the nobles and the officials. I said to them, “You are exacting interest, each from his brother.” And I held a great assembly against them.

Genesis 37:25-28 “…What profit is it for us to kill our brother and cover up his blood? Come and let us sell him to the Ishmaelites and not lay our hands on him, for he is our brother, our own flesh.” And his brothers listened to him.”

Hosea 12:7 “A merchant, in whose hand are false and fraudulent balances; He loves to oppress and exploit.”

Amos 8:4-6 “4 Hear this, you who trample down the needy, and do away with the poor of the land, 5 saying, ‘When will the New Moon festival be over so that we may sell grain, and the Sabbath ended so that we may open the wheat market, making the measure smaller and the shekel bigger [that is, selling less for a higher price] and to cheat by falsifying the scales, 6 so that we may buy the poor [as slaves] for silver [since they are unable to support themselves] and the needy for a pair of sandals, and that we may sell the leftovers of the wheat [as if it were a good grade of grain]?”

Elohim, the Ancient of Days, who laid the foundations of the earth and displays My Handiwork in the heavens.  The Lord God – Mighty and Strong – Fierce in battle; the cry of the afflicted is not forgotten nor will the hope and expectation of My Children tarry any longer.  Do you not know, your names are inscribed on the palms of My Hands, the walls (security) of My bride and the “Eagle” are ever before Me?  The time of refreshing and compassion has come, yes, the set time to arise and show forth My mercy and loving-kindness is dawning.

Lurking in the shadows of deception, I AM will expose prophets of treachery who pretend their own words are the words of the Alpha and Omega.  Dreamers who speak lies from their bed and Priests who profane My Name.  You eagerly host predators and men of violence; do you think to escape in this hour of vengeance?  You are marked as Cain as you will be hurled into the pigsty as slop for swine.

My Word gives light and understanding to the wise though the foolish mock and blaspheme in their darkness.  Groping and blinded by greed and power, many have chosen the gate that is wide and the pathway that leads to destruction and eternal loss.  Wretched leaders who play the harlot, you demonstrate contempt for the boundaries of purity enslaving the innocent and destroying all that is good with oppression and sorcery.  Choosing to trust in your illicit wealth, you have not heeded the voice that cries for justice, and like the mule, you receive no correction or instruction – calling good evil, and evil good.

For the puppets of evil, who scheme to destroy the “Eagle,” will not the victims of your corrupt exchange shout a taunt against you in scoffing derision, Woe to him who piles up that which is not his own!  And woe to the agents of Abaddon who overburden My people with promissory notes for extortion!  Appease the Red Dragon and shall your debtors not rise up suddenly to devour you, exacting usury of My “Eagle.”  Those who suffer your atrocities are awakening and will vex you and cause you to tremble violently.

Offspring of the Devil, as your Father was consumed with pride you have been found wanting, your oaths and blood sacrifices to devils will not shield you in this season of vengeance?  Drinking the witches brew, as ravenous lions, I AM sickened with corrupt officials who seek to devour my people.  I will vomit out compromised judges who behave as evening wolves gnawing not the bone and leaving nothing by morning.  The Lord of Host will wreak vengeance on My foes and recompense those who hate Me.  I will make My arrows drunk with blood and My sword shall devour those who worship at the altar of the Owl.

Woe to him who obtains wicked gain for his house by plundering and destroying many innocent lives.  Thus says Adonai, you have been weighed in the balance, with cruel transgressions you have sinned against and forfeited your own life.

The vision is yet for an appointed time and it hastens to the end; it will not deceive or disappoint.  Though it tarry, wait earnestly for it, because it will surely come; it will be as a swift sword for the wicked and a day of rejoicing for My people on its appointed day.  In the comfort of My Spirit wait for Me, says the Lord of Host, I will rise up in vengeance and justice pouring upon them My indignation, even the flame of My fierce anger; In My zeal and jealousy, the merchants of inequity will be exposed as the children of Baal.

I AM a refuge and a high tower for the oppressed, a refuge and a stronghold in times of desperation.  For My sheep who know My name and hear My voice lean on and confidently put your trust in the Good Shepherd of your soul.  Know the compassion and mercy of Adonai, I have not forsaken those who cry out and seek Me your time of need.

Sing praises to the Lord who dwells among you!  Be encouraged and shout for joy for your King is Just and Righteous.  Be wise to the signs of the times and remain steadfast and you will receive the victors crown saith the Lord Sabaoth.

The Vision and Prophetic Word of what I can share.

I will leave you with this:

Isaiah 40:31 “But those who wait for the Lord [who expect, look for, and hope in Him] will gain new strength and renew their power; they will lift up their wings [and rise up close to God] like eagles [rising toward the sun]; they will run and not become weary, they will walk and not grow tired.”

With a divine vision for the NWC, Jim has God’s heart for our nation. After serving in the Marine Corps, Jim experienced his “new birth” in Christ in 1976. He has a background in ministry, mission trips and the marketplace holding an MBA in International Finance and Management. As a servant leader, he is used in business and civic organizations as a gifted teacher, mentor and coach. In 1984 Jim was on the ticket with Regan/Bush, and after nearly beating an entrenched incumbent, the Republican National Committee and State of Louisiana party leadership appointed Jim the District Chairman of the GOP. Since that time, He has helped to elect individuals to political offices at the municipal, state and federal levels. As a prophetic/seer, he moves in the power of the Holy Spirit through teaching, discernment, words of knowledge and deliverance. Jim counts his wife and son as his greatest and most precious gifts.

The Power of Darkness

The Power of Darkness

Prophecy: the Time For Repentance is Now –...

A Word for America: The Patriot Party

Prophetic Word to the President

Kamala Harris and the Occult – Vessels for... 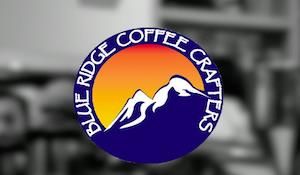